HOME OF THE EAGLES 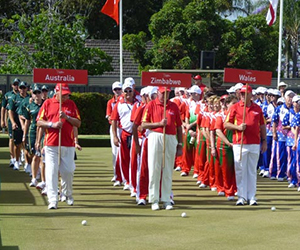 Lockleys Bowling Club was founded in 1912. The greens were then at Cross Street, but to meet increased membership the move to the current location (46 Rutland Avenue, Lockleys, South Australia 5032) was completed in 1964.

In 2006 the Constitution was changed so that men’s and women’s sections were integrated for the purposes of managing the club, although men’s and women’s pennant competitions and tournaments remained separate except for the mixed pairs. Since then, in accordance with changes made by BowlsSA (the governing body for bowls in SA), open gender competition has been introduced into all pennant events. Club tournaments remain separate, except for the mixed pairs, and social cosmo events. 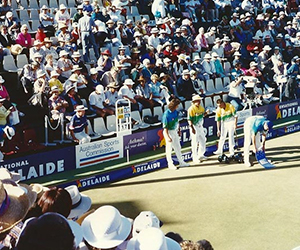 The book, aptly named “Times Have Changed” encapsulates the ordinary and exciting events that formed the fabric of the Lockleys Bowling Club through its first century. The Book will not only be of considerable interest to bowlers with links to the Lockleys Bowling Club but also to anyone interested in the local history of the West Torrens District. Copies are available at the Club for $20-00.